A trip to India is pretty incomplete without visiting its most famous landmark: The Taj Mahal! It isn’t only a famous place to visit in India, it’s famous all around the globe, with millions of visitors every year.

Taj Mahal looms fairytale-like from the banks of the Yamuna River. It’s India’s most recognized monument and is also one of the Seven Wonders of the World. The monument dates back 1630 and is actually a tomb that contains the body of Mumtaz Mahal, the wife of Mughal emperor Shah Jahan. He had it built as an ode to his love for her. It’s made out of marble and took 22 years and 20.000 workers to complete.

Taj Mahal located in Agra, in the state of Uttar Pradesh, approximately 200 kilometers (125 miles) from Delhi. Get there early. It opens at 6 am and you should be there right then! I didn’t make it at that time, and it was quite crowded while I was there.

Know ahead of time that although it’s gorgeous from the outside, the walk inside is not. It was like herding cattle and being pushed through the walkways of the Taj. It was quite stinky, hot, and crowded.

While there’s no specific dress code at the Taj Mahal, you do want to be mindful of your outfits in general. Dress appropriately, despite the heat. On a more fun note, wear something colorful. Since the Taj is all white marble, it’s the perfect place to wear your bright reds, yellows, purples, and blues.

The best time is from November to February, otherwise it can be unbearably hot or rainy. You’ll be able to get some excellent off-season discounts though.

Taj Mahal appears to gradually alter its color in the changing light of the day. It’s well worth the effort to get up early and spend sunrise there (gate open at 6 am), as it majestically reveals itself. Visiting around dawn will also enable you to beat the huge crowds that start arriving later in the morning.

Taj Mahal can be visited on a day trip from Delhi. Agra is well connected by rail. The main railway station is Agra Cantt. High speed Shatabdi Express services operate from Delhi, Varanasi, and cities in Rajasthan. The Yamuna Expressway opened in August 2012 and has reduced the travel time by road from Delhi to Agra to under three hours.

The bus is a good option if getting a train isn’t possible. Comfortable, air-conditioned Volvo buses depart from Anand Vihar terminal in New Delhi every hour during the day. The cost is about 700 rupees per person. The buses go via the Yamuna Expressway and stop at Vango restaurant for a 30 minute snack and restroom break. Alternatively you can take a tour from Delhi.

6 a.m. to 7 p.m. every day except Friday when it’s closed for prayer. Taj Mahal is also open for night viewing every full moon from 8.30 p.m. until 12.30 a.m., plus two days before and two days after the full moon (a total of five days). Night viewing is suspended during the holy month of Ramadan every year.

The price of entry tickets for the Taj Mahal increased in August 2018 and a discount is provided on cashless payments. For foreigners, the cash ticket price is now 1,100 rupees, and 1,050 rupees cashless. Indians only pay 50 rupees cash, and 45 rupees cashless. Children younger than 15 years can enter free.

Tickets can be purchased at ticket offices near the entry gates or online. The foreigner’s ticket includes shoe covers, bottle of water, tourist map of Agra, and bus or golf cart service to the entry gate. It also enables ticket holders to enter the Taj Mahal ahead of any Indian ticket holders already waiting in line.

Vehicles aren’t allowed within 500 meters of the Taj Mahal because of pollution. There are three entry gates: South, East, and West.

The West gate is the main gate that the majority of local Indian visitors enter through, and it generally has the longest lines throughout the day. However, it’s the preferred option at sunrise to avoid the crowds at the East gate.

The East gate is popularly used by foreign tourists, as it’s closest to a number of well-known hotels. It usually has shorter queues except for at sunrise, when large groups tend to arrive there. If you buy your ticket in advance the day before, it’s still the best entry point though.

The South gate is the least-used gate. It’s close to a congested market area where many of the cheap hotels are situated, making it favored by budget and independent travelers. However, it doesn’t open until 8 a.m. A huge sandstone gateway provides access to the inner compound there.

Security at the Taj Mahal

Strict security is in place at the Taj Mahal, and there are checkpoints at the entrances. Your bag will be scanned and searched. Large bags and day packs aren’t allowed to be taken inside. Only small bags containing essential items are permitted. This includes one cell phone, a camera, and a water bottle per person. You can’t bring edibles, tobacco products or lighters, electrical items (including phone chargers, headphones, iPads, torches), knives, or camera tripods inside. Luggage storage facilities are provided at the entry gates.

Most people think that Agra is only about the Taj Mahal, but it is not. Undoubtedly, Taj Mahal is the most famous place in the city, but there are many more places to visit here after you are done visiting the Taj.

India’s most iconic mausoleum, inspired by love, has awed millions of visitors with its serene beauty. Over seven million visitors a year come to see the magnificent structure.

Taj Mahal is India’s most popular tourist attraction, however, many visitors leave without knowing the real story. Many interesting Taj Mahal facts and myths have surfaced over the years, but the real history is much more fascinating than any fiction.

Unsurprisingly, the popularity of the Taj Mahal means that the surrounding neighborhood has turned into a tourist trap. Be prepared to run the gauntlet but don’t worry: the reward is worth the effort.

1. Sick with grief, Shah Jahan was first inspired to build the Taj Mahal after his third wife, Mumtaz Mahal, died while giving birth to their 14th child. His wife was in labor for 30 hours before she died at age 40. Following the Taj Mahal’s completion, Shah Jahan was put under house arrest in 1658 by his son, Aurangzeb. Shah Jahan was only able to view the Taj Mahal from his window for the last eight years of his life before being entombed there.

2. The four minarets (towers) surrounding the Taj Mahal were constructed farther away from the main structure than usual. The minarets also lean slightly outward rather than stand straight. This was done as a safety measure so that if any of them fell, they would fall away from the tomb rather than crash into the central structure.

3. Ustad Ahmad Lahauri, generally regarded as the chief architect of the Taj Mahal, was not Indian; he was a Persian from Iran. Islamic tradition forbids the decoration of graves, so Shah Jahan and his wife are actually buried in a plain crypt beneath the main inner chamber of the Taj Mahal. Shah Jahan’s other wives and even his favorite servant are buried in mausoleums just outside of the Taj Mahal.

4. With construction beginning around 1632 and finishing in 1653, the Taj Mahal took an estimated 22 years to build. There is no proof to support the long standing myth that artists and architects involved with the construction of the Taj Mahal were later put to death so that they could never “repeat such a beautiful feat.” Instead, historians believe that they were required to sign contracts.

5. Construction of the Taj Mahal cost an estimated 32 million Indian rupees (the equivalent of over US $1 billion at the time). A total of 28 types of precious and semiprecious jewels are set in the marble. The turquoise came from Tibet, and jade came from China. Heavy white marble, the principal building material, was transported from Rajasthan.

6. Over 1000 elephants were used to transport heavy materials and supplies for construction. An estimated 20.000 laborers were recruited from all over Asia to contribute to the massive project. Remnants of their massive encampment, bazaar, and living quarters are now a nearby neighborhood.

7. During British rule in India, the garden was landscaped to look more like the manicured lawns in London. The original garden was adorned with lots of roses and daffodils

8. Taj Mahal contains a mosque and is closed on Fridays for prayer. Respect should be shown while visiting because it is an active religious structure. Dress appropriately, despite the heat. Excluding Fridays and the Ramadan holy month, the Taj Mahal is open two nights before, during, and after the full moon every month. On a clear night, the full moon provides a soft, eerie light for enjoying the Taj Mahal.

9. The Taj Mahal’s white marble is rapidly turning yellow because of terrible air pollution in Agra. Only electric vehicles are allowed near the structure, and a 4,000-square-mile environmental radius was declared around the monument to help control emissions. Visitors must walk or take electric buses from the parking area to the Taj Mahal.

10. The Taj Mahal was declared one of the New Seven Wonders of the World in 2007, receiving more than 100 million votes. Voting for the Taj Mahal actually helped push the controversial internet and phone-based poll into the world spotlight.

11. In 2008, a Bangladeshi filmmaker constructed a replica of the Taj Mahal at a cost of US $56 million dollars so that his impoverished countrymen in Bangladesh could enjoy the famous monument without traveling to India. The replication took five years to complete with modern equipment.

12. A Taj-inspired luxury hotel, event, and shopping complex is under construction in Dubai. The Taj Arabia, as the replica is called, will be four times the size of the original and will cost an estimated US $1 billion. The 20-story glass hotel will contain 350 luxury rooms.

1 thought on “Journey to Taj Mahal, a Symbol of Everlasting Love”

Follow @ALEXJOURNEY.ID
This error message is only visible to WordPress admins


Error: API requests are being delayed. New posts will not be retrieved.

Error: API requests are being delayed for this account. New posts will not be retrieved. 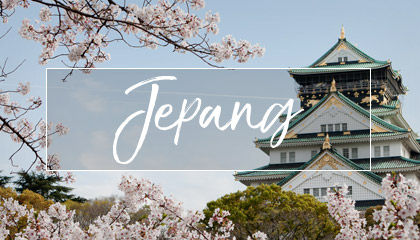